He's Fast & Effective, With an Edge in Technology

Welcome to Our Law Firm

Williams Commercial Law Group, LLP is a litigation and trial boutique that also offers legal advisory and alternative dispute resolution services to help our clients manage complex legal challenges and achieve the optimum outcome in every case. Our lawyers and staff are personally committed to our clients’ success. Our trial lawyers are skilled and nimble enough to handle cases of any size, even high stakes cases against the largest companies and law firms. We do this by using innovative technology to organize, strategize, and prepare the evidence from the very beginning of your case. By frontloading your case in this manner, we ensure that we are more prepared, equipped, and ready than our competitors to efficiently and successfully litigate your case. That trial readiness often leads to favorable pre-trial settlements. And as a high-tech, small firm with low overhead, we can outlawyer big firms at lower billing rates, while maintaining the flexibility to scale up as necessary in complex cases.
Our law firm is located in Scottsdale, Arizona. Our attorneys are admitted to practice in state courts in Arizona, as well as in numerous federal courts, including the U.S. Supreme Court. The lawyers in our firm have conducted jury and bench trials in hundreds of cases and secured millions of dollars in settlements and verdicts for our clients.

Our experience and dedication, combined with our usage of cutting-edge technology, allows us to reach a level of unparalleled preparation for litigation and offer you the most cost-effective solutions for dispute resolution that are available in your case. We use proprietary case management and trial preparation software that is unique to our law firm. This technology allows us to be better prepared and organized, cuts costs, make compelling and briskly paced trial presentations, reach more beneficial settlements, and come out on top. The attorneys of Williams Commercial Law Group are ready to work vigorously and aggressively to protect your interests. Call us today at 602-256-9400 or www.WmsCLG.com/contact/ to schedule a legal consultation.

Our attorneys have decades of experience handling complex, high-end cases, including through litigation, arbitration, or mediation. Many of our high-profile cases have resulted in precedents for other courts to follow. Williams Commercial Law Group, LLP stands ready to act as your premier trial lawyer and legal advisor, focusing on business divorce, aviation law, and contract disputes. We employ seasoned, prominent attorneys, experienced paralegals, and well-trained administrative assistants in our law firm, which ensures that we provide superior legal representation for each and every client. We also utilize state-of-the-art technology to prepare our cases for trial from their outset, which increases our level of efficiency and preparedness far beyond any other law firm. Call 602-256-9400 for a consultation with one of our attorneys.

He uses his custom technology (the Chron) and three-step battleplan to prepare for victory from day one..

He is also known for taking on big entities, including the government and massive corporations. As a result, he is often engaged to take on the Goliath opponent.

You can view some of those cases here.

So, who is this attorney who makes winning look so easy? 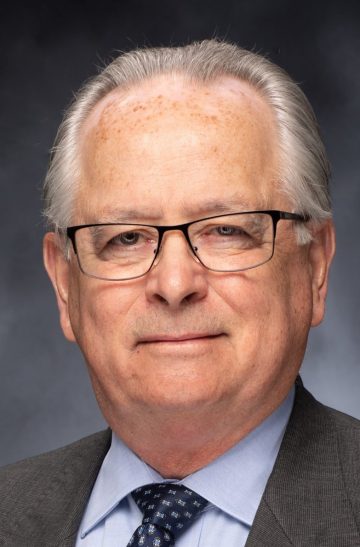 Daryl is a commercial trial lawyer with a decades long track record of multi-million dollar verdicts against some of the largest law firms in the country. After making history by winning the biggest jury verdict in Arizona for that year, he’s been one of the most respected attorneys in the West. His sterling reputation precedes him.

He also treats you, the client, with respect. When you talk to him, you’ll instantly notice that he is a man who cares deeply. However, don’t let his constant smile and enthusiasm for your case fool you.

To your opponent, he is aggressive and relentless, while being erudite and a master tactician. He can take on the biggest firms in America. Nobody is too big, too intimidating, or too well funded for Daryl. He’ll look them in the eye, and they will know that they are in for a fight.

Daryl is also a senior fellow of the Litigation Counsel of America, an invitation-only trial lawyer honorary society that is limited to one half of one percent of American lawyers.

Not only that, he single-handedly developed the technology we refer to as ‘The Chron’. No other law firm in the world has access to this technology. You can read more about it on our How We Win page.

He is also an active, commercially-licensed pilot with multi-engine and instrument ratings, has more than 4,000 hours of flight time, and is a volunteer for the Veterans Airlift Command that provides transportation to combat wounded and their families.

A true Renaissance man, Daryl is also a classical pianist, woodworker, computer programmer, and Old Testament scholar, who became fluent in Spanish by listening to tapes on his way to work 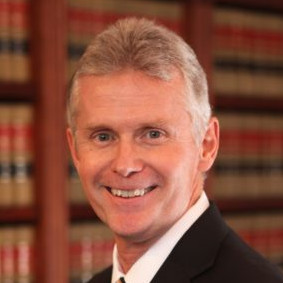 Since joining the firm in 2008, Jeff Elder has provided world-class assistance and support to our attorneys as a certified paralegal.

As a former litigation support specialist/consultant for IKON Legal Document Services and Encore Discovery Solutions, Jeff is familiar with and trained in all phases Electronic Discovery Reference Model (EDRM) including the identification, collection, processing,  review, analysis and production of electronically stored information using such tools as IPRO Eclipse SE, Concordance, Relativity as well as other advanced and developing legal technology.

Jeff also has extensive trial experience across the country. He is an expert in the use of Sanction and Trial Director—legal presentation software—that allows for the electronic importation and organization of case files, exhibits and documents, thereby making the firm’s trial presentation more organized and expandable for WCLG clients.

Jeff’s years of experience and technological background are vital components to many of WCLG’s complex litigation cases. His expertise has helped to achieve many successful verdicts and settlements.

Jeff is an active member of Maricopa County Bar Association Paralegal Division and the Professional Advisory Committee for Paralegal Studies at Bryan University in Phoenix, Arizona. Jeff loves a good book, working out at the gym, sunset walks on the beach, and shark  diving.

Let us give you some options on what to do next