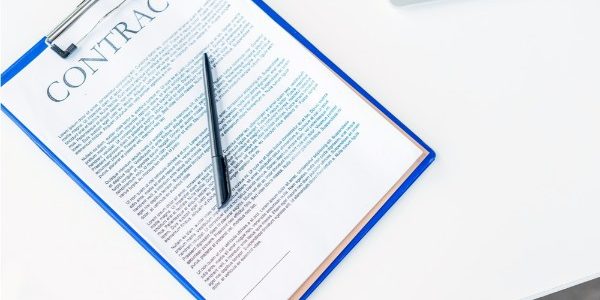 In a breach of contract lawsuit, the parol evidence rule excludes the admission of evidence that varies from or contradicts the written terms of the contract. This external evidence is often a verbal exchange (e.g., emails or an oral discussion) regarding the contract terms that vary from the terms of the final contract.

For example, suppose you negotiate to become a consultant for a high-tech startup. During negotiations, you and the company orally agree that you will be paid hourly plus you will get equity points if the company hits certain benchmarks. The written agreement, however, mentions only the monetary compensation but not the equity. If the company hits the benchmarks but then refuses to give you the promised equity, you might sue for breach of contract, but the parol evidence may preclude any evidence of the oral agreement regarding the equity points.

The parol evidence rule is based on the notion that a written contract is the best evidence of the parties’ intentions. It encourages the parties to put the important terms in writing. The idea is to avoid litigation because he said/she said claims are easy to make but difficult to adjudicate.

Arizona has a more permissive approach to the parol evidence rule, as outlined in Taylor v. State Farm Mutual Automobile Insurance Co. In that 1993 case, the Arizona Supreme Court ruled that, because the main purpose of contract interpretation is to enforce the intent of the parties, the courts can admit external evidence without any preliminary finding that the written terms are ambiguous.

The Court articulated a two-step process for admitting or excluding parol evidence:

If you have a contract dispute that may involve parol evidence, you should consult with an attorney who is experienced in contract disputes. Williams Commercial Law Group, L.L.P., is a law firm focusing on contract law, and business divorce. Contact us at (602) 256-9400 and schedule a time to meet with us today.

3 Non-Monetary Remedies in a Breach of Contract Lawsuit

The Difference Between Void and Voidable Contracts