What is a Liquidated Damages Clause in a Contract? 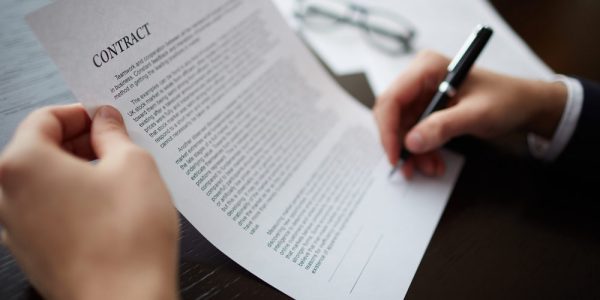 One of the ways to help reduce risk in a commercial contract is the inclusion of a liquidated damages clause that specifies an estimated payment for any resulting damages from a breach of that contract. Once the types of breaches are defined in the contract terms, the monetary damages to be set are the parties’ best estimate at the time the contract is executed.

To be effective, a liquidated damages clause should include:

In addition, a court may also take into consideration the bargaining power of both parties to determine if a liquidated damages clause is reasonable. They may invalidate the clause if one party has much greater bargaining power than the other.

When contract disputes arise, you need experienced legal representation and advice. Williams Commercial Law Group, L.L.P., is a law firm focusing on contract law, and business divorce. Contact us at (602) 256-9400 and schedule a time to meet with us today.

4 Problems to Avoid in a Contract

What Constitutes a Firm Offer in Contract Law?

Consideration: An Essential Element in a Valid Contract

Are Limitation of Liability Clauses Enforceable?