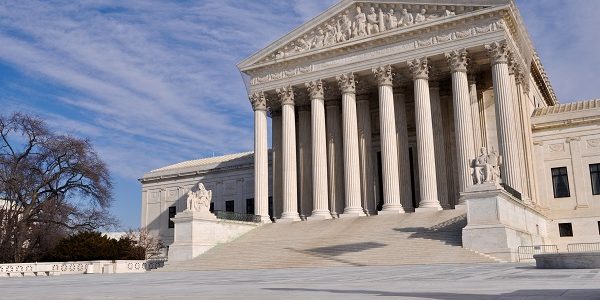 Unwired Planet LLC, a patent licensing firm, sued Google in federal court in 2012 over the alleged infringement of a patent for restricting access to cellphone location data. This litigation concerns a covered business method (CBM) patent, which, unlike a technological invention patent, claims a method or operation used in the practice or management of a financial product or service.

In response to the lawsuit, Google initiated a proceeding before the Patent Trial and Appeal Board (PTAB) to conduct a CBM review to invalidate Unwired Planet’s patent. In 2015, the PTAB took an expansive view of the scope of CBM reviews, finding that Unwired Planet’s patent was appropriate for CBM review because it could be used to sell ads. The Board then cancelled several parts of the patent, claiming that Unwired Planet never should have received legal protection through the patent process. Initiating a CBM review before PTAB is a common practice for large companies like Google, who are prime targets for patent infringement suits. A PTAB trial can be a relatively efficient and cost-effective solution to resolve a patent-infringement lawsuit, especially for Google, who faces a barrage of these types of suits.

Unwired Planet appealed the PTAB decision to the U.S. Court of Appeals for the Federal Circuit, which is the highest U.S. patent court. That Court rejected the Board’s broad view of the type of patents subject to CBM review. In response, Google sought review before the U.S. Supreme Court, seeking a ruling clarifying the scope of CBM review in general and the Federal Circuit Court’s ability to review the determination of a CBM patent.

Recently, the U.S. Supreme Court declined to hear Google’s appeal on this issue. The Court’s inaction leaves the U.S. Court of Appeals’ ruling in effect, thus narrowing the scope of CBM reviews, a process that had led to the cheap and easy cancellation of various patents for large corporations like Google.

At Williams Commercial Law Group, L.L.P., we dedicate our efforts to protecting your rights and interests with respect to any kind of business disputes, including those related to patents and other intellectual property. We will gather the facts surrounding your case, present your options, and work with you to develop the best strategy for your case. Contact Williams Commercial Law Group, L.L.P. at 602-256-9400.