Can You Recover Lost Profits in a Breach of Contract Case? 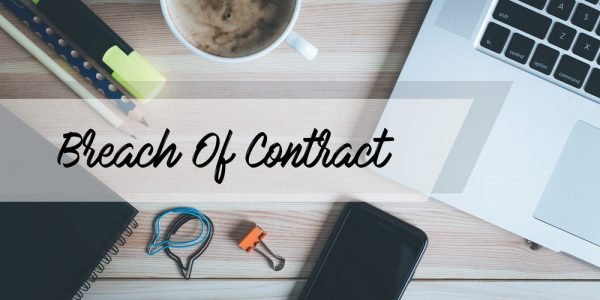 There are three elements to establishing a claim for lost profits in Arizona:

The fact of damages. A plaintiff must be able to prove that it is “reasonably probable” that profits would have been earned but for the actions of the defendant in breaching the contract.

Causation. A plaintiff must be able to prove that the defendant’s actions directly caused the loss of profits and that the recoverable damages being sought either arose from the breach itself or were reasonably considered by the parties at the time the contract was executed.

Damages amount. A plaintiff must prove that the amount of damages being sought can be proven with “reasonable certainty.” For established businesses, this means providing a reasonable method of computing the net loss. For new businesses, the plaintiff may extrapolate lost profits based on a profit history from a similar business he or she operated in a different location. Recovery is limited to lost net profits, not revenue.

Yardstick. This method relies on comparing a plaintiff’s business with other companies of a similar nature in a similar industry and relies on the trends of specific markets or industries to show what the plaintiff’s company would have earned but for the damaging event.

Lost market share. This method operates under the assumption that the plaintiff company would have maintained its market share during the breach event.

The bottom line is that an Arizona plaintiff — whether a new or existing business — may recover lost profits in a breach of contract claim, but must have compelling evidence to prove that the company suffered actual damage, that the defendant caused that damage, and that the damages being sought are justifiable.

When contract disputes arise, you need experienced legal representation and advice. Williams Commercial Law Group, L.L.P., is a law firm focusing on contract law, and business divorce. Contact us at (602) 256-9400 and schedule a time to meet with us today.

3 Non-Monetary Remedies in a Breach of Contract Lawsuit